Update: We’ ve been BUSY!

Back in November when AET Systems officially ‘hung out its shingle’ we had every intention of posting to our blog every other day, but we had no idea that we were going to be this BUSY! Now, we’re not complaining, we like to be busy, in fact we would love to permanently increase our 12 hour shift to 24hr around the clock service, but we feel we have been neglecting our blog. So lets catch up!

December. The late renewal of Section 179 expensing had many of our customers concerned and while we all waited for the bill to pass our installation teams slowly caught up to orders, but not for long. When the 179 renewal and extension passed, sales took off, again overwhelming the installation team. 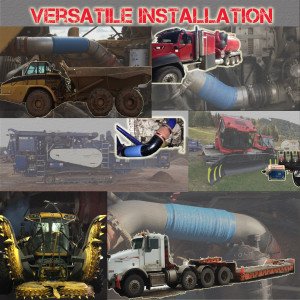 January. January was truly a month of installations, from OTR trucks to excavators to more grinders to heavy haul trucks, it was all on hands on deck for installations. However, while keeping on installations was the headline, sales was definitely close behind! As many of the construction companies went thru winter layoffs their machines went thru Air-Tec upgrades, but the construction industry wasn’t the only industry Air-Tec was impacting. The agriculture industry was also finding out that January was the perfect month to get Air-Tec systems on their machines!

February. Did we already mention the tug of war between the installations and sales? I think we did so lets talk results. One of our goals in February was to return to customers who had Air-Tec systems installed in November and discuss results with them. The good news was that all the data we were tracking was coming back positive and every customer we talked to was happy with the results they were seeing. Most commonly people commented on the fact that they noticed more horsepower right away, kind of funny that the horsepower not the fuel savings was their main concern. BUT lets face it, we all always want a little more power. haha

March. March was a month of challenges. I [Wes Kolbe] broke my ankle. My new found crutches threw a wrench in the gears, or rather would not allow me to touch a wrench since most of the machines we work on are not crutch accessible. As I head most installations we slowly fell behind, but with a little extra part-time help we were able to stay on track. We also headed to Kentucky for a week to exhibit at the Mid American Truck Show. The show went very well and we will definitely be there again next year!

April. We are finally to April. April has been a month of catching up from attending the Mid American Truck Show. Everyone had to pitch in to make sure we had a good show. From banners to brochures to pens to shirts to all the travel arrangements we spent a solid month preparing for the show and it took us about a month to get back on track and back to business as usual. Sales and installations this month have been steady and we are gearing up for two BIG projects we will be able to share with you soon! So stay tuned!

We will be updating the blog more often, so keep checking back, I guarantee you will be impressed with some of the projects we have in the works!