After testing the Air-Tec System and many other products from WAGNER Industries; AET Systems Inc., is proud to be bringing their entire product line to the United States.  Many of the WAGNER products are industry leaders throughout Europe and Asia, however, until we personally tested each product we were not ready to offer these products to American Industries. But after months of testing AET is now offering WAGNER’s Air-Tec System. 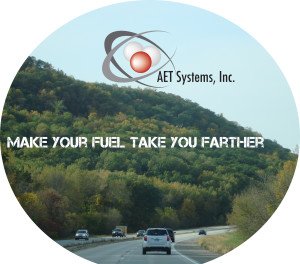 With so many different products on the market claiming to reduce fuel consumption or to lower emissions it is easy to be skeptical about any and every product.  However, after spending thirty collective hours driving back and forth from Wausau, WI and Green Bay, WI randomly turning the Air-Tec Unit on and off on my Jeep Liberty, I can tell you Air-Tec works.  My fuel mileage was consistently 7-10% better with the Air-Tec System!

I can hear it already: “Ok so it works on a Jeep Liberty, that doesn’t mean it will on my 530hp Kenworth”  Precisely the reason we tested it on a 530ph Kenworth and on a 330 Peterbuilt and on 2014 Freighliner and on Caterpillar excavators and haul trucks and 1300hp Grinders!  The results consistently 5-10% lower fuel consumption, fewer regeneration times on equipment equipped with diesel particulate filters and smoother running engines. To quote one driver: “this might sound dumb, but i swear the engine is running quieter.  And the power band is larger”.  Well, sir, that doesn’t sound dumb at all because we’ve noticed the same results across the board.

Here at AET we are excited.  Excited about saving ourselves money, saving other individuals money, and saving businesses money.  The way we look at it–money not spent on fuel is money that a company is going to be able to reinvest in itself, and when that happens, everyone wins.

SO our goal–COLLECTIVELY SAVE BUSINESSES AND INDIVIDUALS $160,000 ON FUEL COSTS BY THE FIRST DAY OF SPRING.  March 20, 2015, the first day of spring is 8 weeks away, by our calculations the installation of 500 Air-Tec Units would save approximately $160,000 worth of fuel during this period.  This is based off of Air-Tec units installed on over the road trucks averaging 2500miles a week.  To help make this possible we are offering our lowest price of 2015!  Call us at 715-571-1914 or email Wes@advancedenginetech.com for more information! Mention AET’S MISSION and you will receive the best price of 2015!