Over the Road Trucks 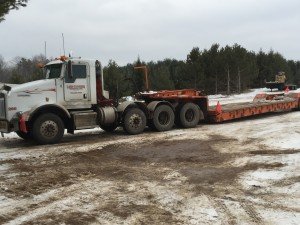 In the Transportation Industry fuel and maintenance costs are two of the largest annual expenses in any company’s budget. As emissions regulations tighten and the oil market becomes less and less predictable it is becoming increasingly difficult to accurately budget for fuel and emissions systems upkeep (diesel exhaust fluid and diesel particulate filters). At AET Systems, Inc. we focus on reducing both of those costs through combustion optimization.

First lets look at emission control technologies like diesel particulate filters (DPF) and diesel exhaust fluid (DEF). In 2007 DPFs became standard on new OTR trucks, instantly the shortcomings of DPFs were noticed. Increased fuel consumption as engines ‘regenerated’ to clean out the filter and filter plugging when idle times increased on machines, just to name a few. More important to fleet companies, however, was the cost of replacing or cleaning DPFs which could range anywhere from $2,500 to $5,000 per filter. This in combination with an unstable fuel market results in new large expenses for fleet companies.

The other major expense in any fleet company is fuel costs which makes fuel economy a very important topic in the Transportation Industry. In recent years aerodynamic products such as trailer skirts and trailer tails have become very popular, but they do not address the struggle between emissions reduction and engine efficiency which is why many engines struggle to be fuel efficient. The Air-Tec System, developed in 2007 by the Germany based company WAGNER Specialized Oils was developed to effectively deal with both emissions and fuel efficiency. 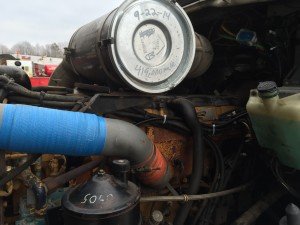 The Air-Tec System consists of a specialized coil wrapped on a portion of a engines intake tube and a small computer module which controls the coil. Through the creation of an exactly defined electromagnetic co-vibration the molecular structure of the air entering the engine is altered, which results in optimized combustion. Specifically Air-Tec destabilizes H2O (humidity/water) particles in the air resulting in free hydrogen and oxygen molecules both of which are beneficial to combustion. The reduction of water and increased volume of hydrogen and oxygen results in fuel achieving a nearly complete burn, which means more power out of each gallon of fuel and less particulate emissions (particulate is only incompletely burned fuel (hydrocarbons)).

Tested by the German Technical Control Board and SGS Environmental from the Netherlands along with countless other field tests the benefits of running an Air-Tec System became instantly clear.