Ships are some of the largest consumers of fuel on the planet. Their engines are at a constant load either propelling the ship or supplying the ships electricity both of which require large volumes of diesel fuel. The large engines and high fuel consumption make marine engines ideal for Air-Tec Systems. One of the first ships that Air-Tec was installed on was the hospital ship, Prins 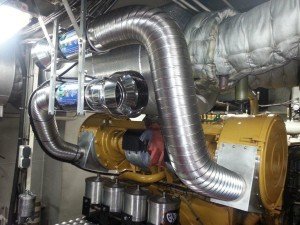 Willem-Alexander, which ports in the Netherlands.

The Prins Willem-Alexander has two Caterpillar 3508 engines for propulsion and two Caterpillar 3406 engines for generators. All four engines would be equipped with Air-Tec Systems.  Upon installation a third party testing company, SGS Environmental Services, was brought in to test emissions and fuel consumption with and without the Air-Tec Systems activated.  The results were amazing!

The 3406 generator engines were tested at various engine loads with and without the Air-Tec System.  Depending on the engine load fuel consumption was reduced between 13% a 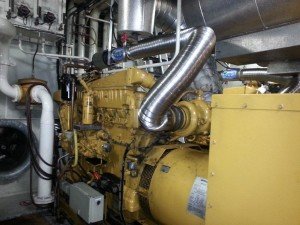 Click here for the full report from SGS Environmental:  Measuring_report_Prins_Willem_Alexander_eng